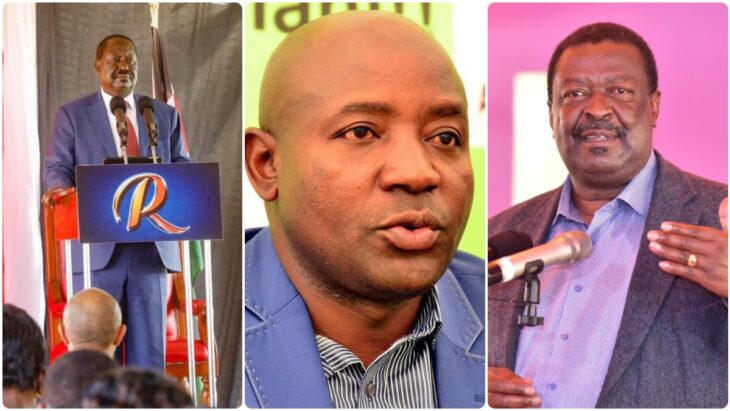 Speaking on Friday, December 31, at a rally in Bukhungu stadium where Western Kenya leaders led by Cotu secretary general Francis Atwoli held an Azimio La Umoja rally, the vocal legislator announced that he is tired of nonsense in the OKA.

“I want to state categorically that I have officially ditched One Kenya Alliance from today (Friday, December 31),” Savula said.

The youthful MP who has been a close ally of ANC leader Musalia Mudavadi however clarified that he still remains in the Amani National Congress that sponsored him to Parliament.

Savula together with his Teso North counterpart Edward Kaunya and Ikolomani MP Benard Shinali are among the five MPs and over 10 Members of the County Assembly who joined the Azimio la Umoja caravan.

On his part, Osotsi announced that he has ditched ANC for Raila’s Orange Democratic Movement.

“I want to be on the same team with Baba (Raila Odinga). I have officially joined ODM,” Osotsi declared at the Bukhungu II meeting.

This comes barely a day after Savula claimed that OKA co-principal Musalia Mudavadi could too join the Azimio la Umoja ahead of the 2022 elections.

“I can’t say he (Musalia) is joining Azimio (la Umoja) or not. Anything is possible but working with Ruto is no,” Savula said when asked whether Musalia will join Raila’s Azimio la Umoja Movement.