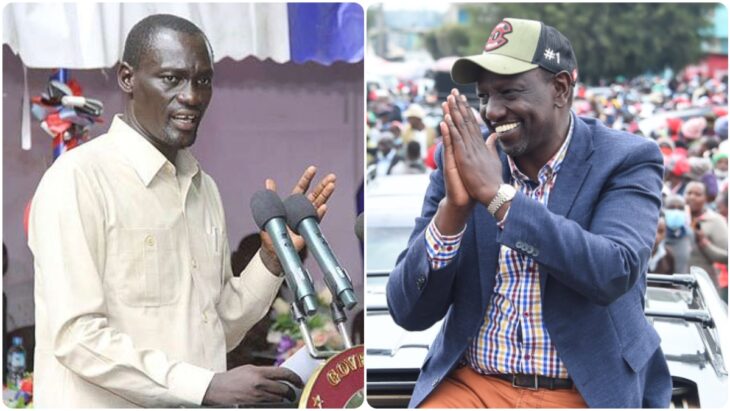 “Nanok exiting UDA for back to ODM?” Alai said in a Tweet.

But Nanok who was recently appointed the head of Deputy President William Ruto’s campaign secretariat ahead of the 2022 General Election termed Alai’s remarks as rumors.

Nanok who is serving his second and final constitutional term said he defected from ODM and he will remain in Azimio la Umoja up to the August 9, General Election.

“Desperation by ODM/Azimio la Umoja bloggers is making them spew lies. Shame on them! I defected from ODM to the hustler nation where I shall remain till we win the August 2022 contest. Hope for a better future for the majority of Kenyans is carried by UDA,” Nanok said.

Ruto who was speaking during his two-day tour of Turkana County, on Saturday, December 11, urged Turkana residents to allow Nanok who is serving his second and last term to accompany him in his national campaigns to boost his chances in the bid to succeed President Uhuru Kenyatta next year.

“I want to thank you, people, of Turkana, for allowing your governor to come and help me as the Director-General of my presidential campaigns so that he plans all the issues of the hustlers in our government in 2022,” he said.

Nanok who is a former ally of the Orange Democratic Movement (ODM) said he chose to join William Ruto’s team because it stands a ‘better chance’ of forming the next government.