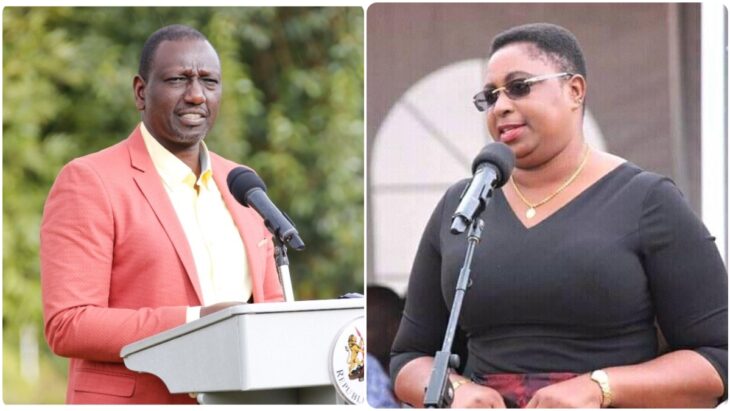 Malindi MP Aisha Jumwa has refuted claims that he was bribed to join UDA, a party heavily associated with Deputy President William Ruto.

Malindi MP Aisha Jumwa has refuted claims that he was bribed to join UDA, a party heavily associated with Deputy President William Ruto.

This was after it was rumoured that the former ODM die-hard was gifted a luxurious house by the deputy president to back his presidential bid in the August, 9 General Election.

But in an interview with NTV on Monday, January 3, Jumwa dismissed as fake news the claims saying Ruto did not gift her house.

She explained that she owns several mansions which she built herself through her hard work and loans.

“Why would Ruto buy me a house yet I have been with Ruto for like four years now? I have a number of luxurious houses that I did not get from either supporting ODM or William Ruto. The ones I have are from my hard-earned proceeds and even some I acquired loans that I’m currently still repaying them,” Jumwa noted.

The legislature said she only supports William Ruto because of his ideologies as he promised to deliver well to the coastal region once he ascends into power.

“I love William Ruto because he has changed the conversation making it people-centered even going to an extent of coiling a name to define his ideologies, Hustle Nation,” Malindi MP insisted.

She explained that she respects ODM leader Raila Odinga but they differed ideologically and that’s why she moved to UDA.

“I differed with Raila ideologically but I still respect him. In ODM there is no open democracy and whatever one speaks has to be in line with what Raila believes. That’s why I ditched his camp for UDA,” added Jumwa.

Jumwa will be contesting for the Kilifi Gubernatorial seat in the August 9 elections on a UDA ticket.