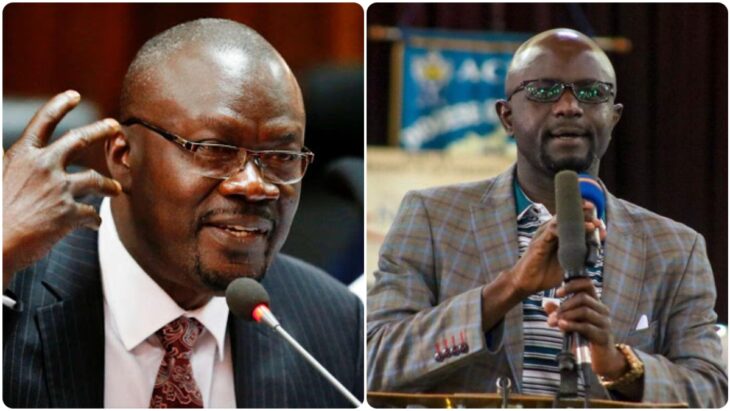 Siaya Governor Cornel Rasanga has pulled out of the Alego Usoga parliamentary race, just months to the much-awaited 2022 elections.

Siaya Governor Cornel Rasanga has pulled out of the Alego Usoga parliamentary race, just months to the much-awaited 2022 elections.

In October 2021, the 64-year-old Siaya Governor who is serving his second and last constitutional term had announced to unseat the Alego Usoga Member of Parliament Samuel Atandi.

Rasanga who is among the more than 20 governors who would be retiring in 2022 had said he will officially declare his ambitions for the parliamentary seat after his party leader Raila Odinga declares his presidential ambition.

“Am going to announce those things when Jakom (Raila Odinga) announces….Why do you want me to announce before Jakom announces?” he posed.

But speaking at a funeral in Alego Usonga on Tuesday, January 4, Rasanga while pulling out of the race said he will henceforth be channeling his efforts in ensuring that ODM leader Raila Odinga wins the 2022 Presidency.

“I will ensure that my party leader ascends to power by getting maximum votes in Siaya so that I become part of his government at the national level in any position that Raila will deem fit for me,” Rasanga said.

The Governor however endorsed his former employee Nicholas Kut to unseat the incumbent MP who will be seeking his second term for the seat.

Rasanga earlier on said he opted to go for a lower seat after consultations from his supporters who advised him to seek the seat instead of remaining in the political cold for another half a decade before seeking a similar seat.

Siaya Senator James Orengo and Ugunja Member of Parliament Opiyo Wandayi have since declared their interest to succeed Rasanga.

However, Wandayi later pulled out of the race in what appeared to be a boost for Senator Orengo.

“Following consultations with ODM leadership and the rank and file of the party and having listened keenly to the voices of my Ugunja constituent. I wish to make it known that I shall not be a candidate for the position of Governor of Siaya in 2022,” Wandayi said in a statement.