James Orengo: Ruto should not promise what he failed to deliver in 20 years 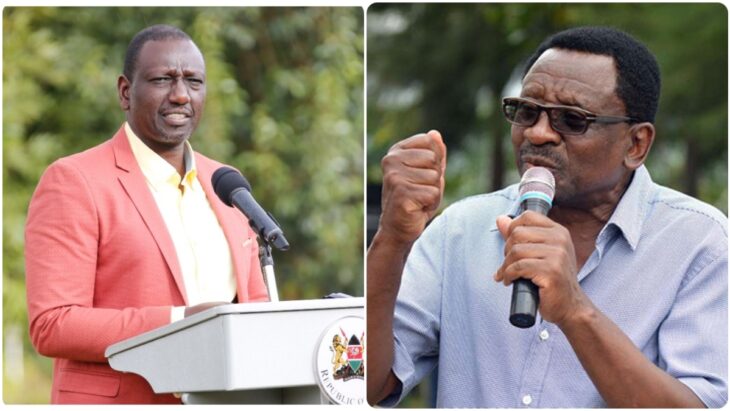 Siaya Senator James Orengo has asked Deputy President William Ruto to stop hypocrisy saying he has nothing new to offer ahead of the General Elections.

Speaking in North Imenti on Wednesday, January 12, Orengo claimed Ruto has been in Government for over 20 years in government serving as a minister and Deputy President.

He wondered what new thing the deputy president intends to offer which he has not gotten an opportunity to offer, having served in the government of late president Moi, to being in the Cabinet of former President Mwai Kibaki.

“We must stop hypocrisy in this country. Deputy President William Ruto cannot be promising Kenyans what he did not deliver in the last 20 years he was a minister and 10 years as a Deputy President. Kenyans are going to elect a consistent tried and tested leader who is Raila Odinga,

“DP Ruto has been in government for more than 20 years but has nothing to show for the years served, why should we elect such a person? ” Orengo posed.

He blamed him for failing to execute his mandate according to the constitution leaving president Kenyatta with the huge task of running the government alone.

The Senator who is a very close ally of the ODM leader asked the residents of Imenti to elect him to succeed President Uhuru Kenyatta.

He told them to teach Ruto a lesson by sending him home in the August 2022 presidential election.

“Raila was imprisoned for fighting for democracy and multiparty politics in the country alongside Kenneth Matiba and Charles Rubia while DP Ruto was busy campaigning against the current constitution,” Orengo said.