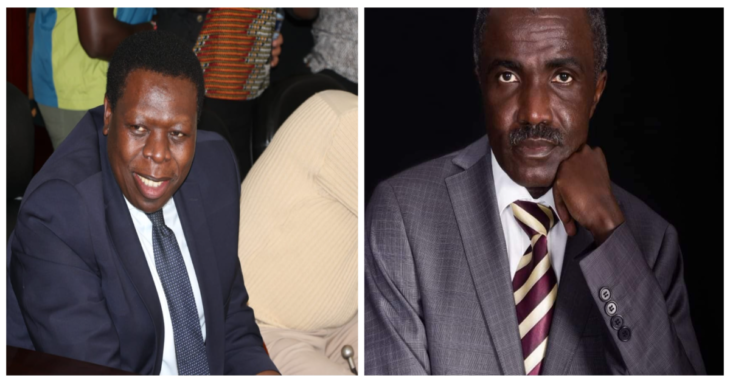 Bungoma Members of Parliament who are supporters of Deputy President William Ruto have asked Defense CS Eugene Wamalwa to keep off from the Politics of the County.

The MPs led by Dan Wanyama of Webuye East, Mwambu Mabonga of Bumula, and John Waluke of Sirisia accused Wamalwa of misleading Bungoma yet he is from Trans Nzoia County.

The MPs asked the former Sanboti Member of Parliament to let Bungoma residents elect leaders of their choice without being forced.

Speaking while receiving UDA gubernatorial aspirant Zacharia Baraza, the MPs asked Wamalwa to focus on his job as a cabinet secretary or better still focus on the politics of his home county- Trans Nzoia.

They said they do not understand why Eugene has been advising Bungoma people on who to elect in the coming elections.

“We are telling Eugene to concentrate on his job as Cabinet Secretary or remain in Trans Nzoia and stop interfering with Bungoma politics,” Mwambu said.

The CS has been marketing the newly formed Democratic Action Party of Wafula Wamunyinyi. He has also declared his support for ODM leader Raila Odinga’s presidential bid.

Dan Wanyama of Webuye East challenged the CS to vie for an elective position if he thinks he is popular enough.

“Why can’t he try vying and test his popularity?” Said Wanyama.

The legislator said Eugene had asked Ford-Kenya Party leader Moses Wetangula not to support Raila yet he is currently asking the electorate from the predominantly Luhyta county to support the ODM leader.