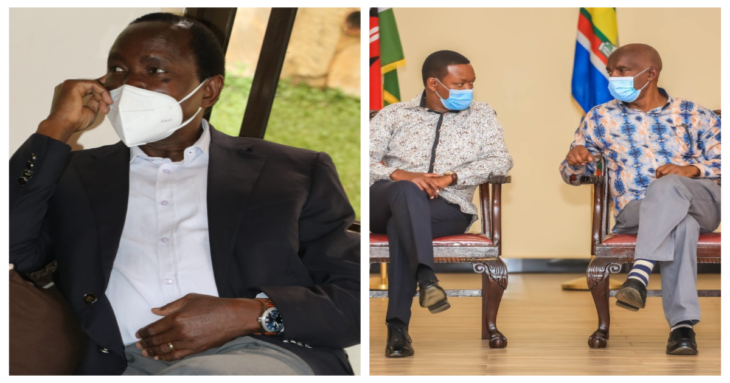 The two including Kitui governor Charity Ngilu termed the meeting as a new year party and not a political meeting.

“I want to tell governor Kivutha and governor Mutua that we love you so much but your hatred and tough-headedness will not take you anywhere,” said Patrick Makau.

Charity Ngiliu, Kivutha Kibwana, and Alfred Mutua skipped Kalonzo’s meeting and instead held theirs on Wednesday 12in which they appeared to be pushing Kalonzo to join Raila Odinga’s team ahead of the August 20222 presidential race.

The Mavoko MP trashed the governors’ meeting saying that it was not attended by any senior Kamba leader apart from Mutua and Kivutha.

“I want to tell Mutua that there is nowhere you are going. It is either you show us the development you have done for your two terms or tell us where you took the money to,

” The only place I know you are going is jail until you give back all stolen money to Machakos people,

“You are done, go home. If Kalonzo clinches the president seat you will be employed by the government,” he said.

Patrick Makau asked the governors to stop dividing Kamba leaders and join Kalonzo to ensure he wins the presidential election later this yea.

He said the only leader the Kamba people know is Kalonzo and that is why the region will attend his coming meeting.