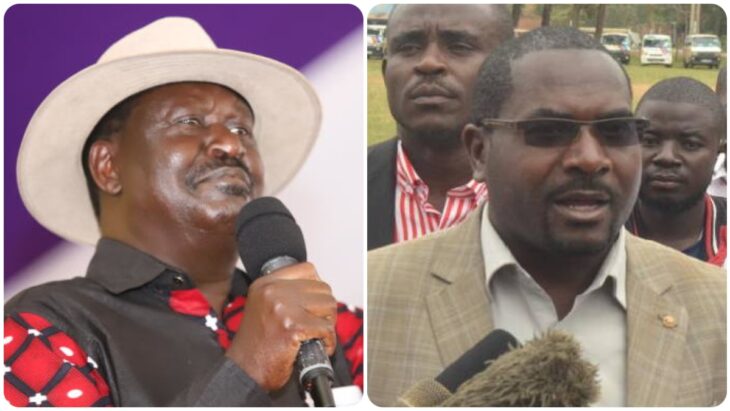 Matungu MP Peter Nabulindo said he switched allegiance after consulting with his political supporter on which is the best political camp.

The legislator who was speaking with his Matungu people asked his supporters who support presidential front runners William Ruto and Raila Odinga.

“If I may kindly ask you, do you want us to join Orange Democratic Movement (ODM) Raila Odinga’s Azimio La Umoja or go the wheelbarrow way (Ruto’s camp?” Nabulindo asked his supporters.

When he asked among his supporters, those who were supporting Ruto’s United Democratic Alliance (UDA) party, none of them raised their hand.

“So, all those who are supporting Azimio La Umoja raise up your hands,” Nabulindo told the jubilant crowd who unanimously raised up their hands.

Savula who is also the Member of Parliament for Lugari Constituency announced that he is tired of nonsense in the One Kenya Alliance (OKA).

“I want to state categorically that I have officially ditched One Kenya Alliance from today (Friday, December 31),” Savula said.

The vocal legislator who was speaking on Friday, December 31, at a rally in Bukhungu stadium where Western Kenya leaders led by Cotu secretary general Francis Atwoli however clarified that he still remains in the Amani National Congress that sponsored him to Parliament.