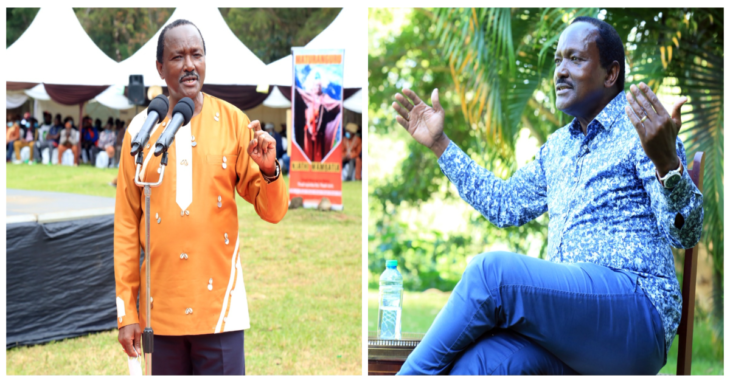 Wiper leader Kalonzo Musyoka has emerged as the top candidate to be One Kenya Alliance (OKA) flagbearer ahead of the much anticipated August 2022 General Election.

One of the technical committee personnel revealed to Citizen TV that they already have come up with a report and three formations shall be put up for adoption, amendment, or rejection by the One Kenya Alliance Principals.

The options in the report placed Kalonzo Musyoka at the top ticket with ANC’s Musalia Mudavadi as the running mate as the first option.

In the second one Kenya Alliance (OKA) pairing, the technical committee proposed a Kalonzo-Martha Karua ticket, and a Kalonzo-Moses Wetangula option as the third choice.

The committee reported that factors considered in the pairings included; the candidate’s ability to gurner and deliver votes, capacity to mobilize financial resources, regional representation, and negotiation skills if they decide to join other teams ahead of the General Elections.

Reports also have shown that the ANC party leader Musalia did not send a representative to the three-day consultation retreat.

Kalonzo is expected to hold a meeting on Saturday, January, 15 at his Yatta home in Machakos County, where almost all Kamba politicians have been invited.

Earlier last week the principals confirmed One Kenya Alliance (OKA) will remain intact and produce a flag bearer who will go up to the ballot in the coming elections today, Friday 14 January.

They assured their supporters that they are still united and strong.

“We wish to make it clear that our unity is paramount, and that we believe in a united Kenya. Our supports should not worry, as we are going to name a flag bearer after our retreat next week,” they said in a joint statement.

The technical committee went on retreat in Elementaita, Nakuru county to decide on the Coalition’s Flagbearer in the General Election.

OKA principals face an uphill task of remaining together after a flagbearer will be settled on, amid talks from Deputy President’s UDA and ODM’ Raila Odinga who are the main horses of the race.

Why Kalonzo, Mudavadi, Wetangula and Gideon Moi could soon divorce