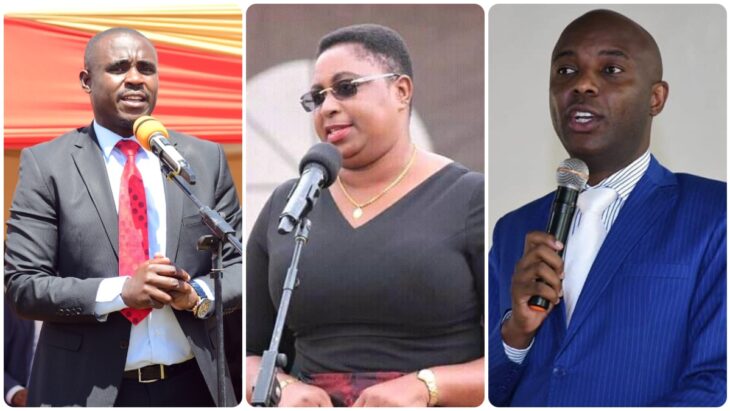 As the clock ticks towards the August 9, General Elections, some MCAs appear to defy negative perceptions about MCAs and are now eying gubernatorial seats.

As the clock ticks towards the August 9, General Election, some councilors appear to defy negative perceptions about MCAs and are now eying gubernatorial seats.

The majority of the former councilors eying gubernatorial seats in the 2022 elections are either Members of Parliament or Senators.

However, the most interesting part is that none of the former councilors is seeking to unseat first-term governors except for Nairobi County.

Kivumbi.co.ke has compiled a list of five gubernatorial hopefuls who once served as councilors.

Kakamega Senator Clephas Malala has announced plans to succeed Governor Wycliffe Oparanya who will be retiring in August after serving his second and final constitutional term.

Malala represented Mahiakalo Ward between 2013 and 2017 before successfully running for Senate in the 2017 General Election.

He will be vying on Musalia Mudavadi’s Amani National Congress (ANC) party ticket.

Dagoreti North MP Simba Arati has thrown a hat in the ring for the Kisiss gubernatorial race in the upcoming General Election.

Arati Arati was first nominated as a councilor after the dramatic 2007/08 General Election before he was elected the Member of Parliament for Dagoreti North in the 2013 election.

The ODM legislator said serving as a councilor was a great opportunity to interact and appreciate the challenges the people go through in their lives.

“I know the suffering the common peo[1]ple go through because I was a councilor when I was only 25 and I had nothing. I did not have a godfather. Because I got an opportunity to lead, I have made sure that I support the people who are genuinely in need in my constituency,” he said.

Murang’a Senator Irungu Kang’ata has set his eyes on becoming the second governor of Murang’a, after Mwangi Wa Iria who said he will be vying for the presidency.

Just like Arati, Kang’ata first served as a councilor for Central Ward in Murang’a between 2002 and 2007.

He later joined the Senate in 2017 after serving as Kiharu Member of Parliament in 2013.

Westlands MP Tim Wanyonyi has vowed to give seasoned city politicians and tycoons a run for their money in the upcoming Nairobi gubernatorial seat.

Wanyonyi, a celebrated lawyer was first nominated to City Hall by Raila Odinga’s Orange Democratic Party in 2007 together with Simba Arati.

As a councilor, he served as chairman of the Education and All-Purpose committees before he was elected the MP for Westlands Constituency in 2013 and re-elected in 2017.

Speaking in November 2021, while launching his Nairobi gubernatorial bid, Wanyonyi who is the young brother to Bungoma Senator Moses Wetang’ula said he is the best bet to restore order in the city.

“Having served in Nairobi County for a total of 15 years, I am well aware of what the residents of Nairobi require and I will fix it,” he said.

She served as a councilor for Takangu Ward in Kilifi between 1997 and 2007.

In 2013, Jumwa, a close ally of Deputy President William Ruto was elected Kilifi Woma Rep on an ODM ticket.

The vocal legislator who dropped out of school while in Form Two shifted base to Malindi constituency in 2017 where she won on the same party ticket.

“I started from the certificate level and I now hold a degree. I’m ready to go for the governor seat,” Jumwa said in her recent interview with NTV’s Fridah Mwaka.