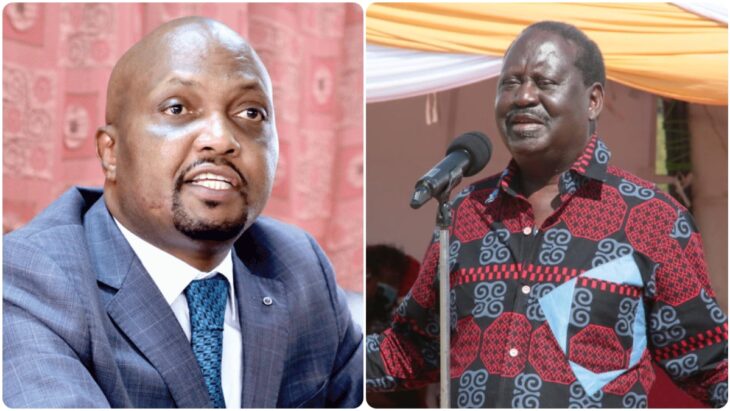 Gatundu South Member of Parliament Moses Kuria has refuted claims he has struck a deal with ODM leader Raila Odinga.

Kuria has said the rumors are being propagated by UDA members who are stressing so much after he left them.

“You have enough people left in UDA. Focus on retaining them. Do not stress too much on the only one (Kuria) who has left,” wrote on his social media pages.

In some report which was being circulated online, it was alleged that Kuria who will be holding a thanksgiving ceremony on February 19 would be giving details of his workking agreement with Raila.

Last year, Kuria endorsed Martha Karua to be a running mate to any presidential candidate who will save backing from the Mount Kenya region.

“Presidential candidates should treat Mt Kenya with the seriousness it deserves because it will not be business as usual going forward,” Kuria added.

The legislator unveiled his Chama Cha Kazi party after he was chased by People Empowerment Party.

Kuria was expected to Join Deputy President’s UDA but instead opted to register his own party.

He explained that he could not join Ruto because the deputy president was insisting on small parties to dissolve before joining UDA.

“William Ruto is my friend, we have suffered together. Do you know I was removed as Vice-Chair of the National Assembly’s Transport committee because of my association with Ruto?

“People who work with Ruto have been seen as opposition for a very long time. Do you know that I was also removed as a member of the Budget and Appropriations committee? Why? Because I am a friend of DP Ruto,” Explained Kuria in an Interview last year.

The MP will not be defending his seat in the coming General Election and will be focusing on making Chama Cha Kazi Party.

Moses Kuria’s party to conduct electronic nominations ahead of 2022 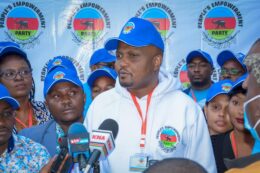