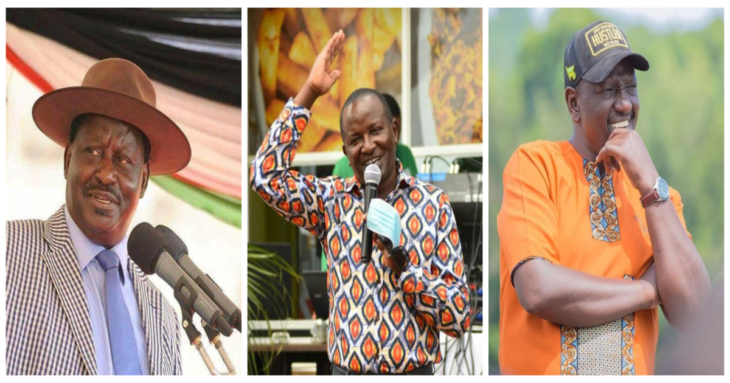 Murang’a Gubernatorial hopeful Jamleck Kamau has said the Mount Kenya region currently does not have a strong presidential candidate that can pull crowds to vote in large numberrs like President Uhuru Kenyatta when he was vying for the presidency in 2013 and 2017.

Kamau says the two presidential candidates from the region who include Mwangi Wa Iria and the National Assembly Speaker Justin Muturi are not capable of commanding the residents to vote overwhlmingly for them.

“The two presidential candidates we have are not strong enough to command their influence on the residents,” said Kamau.

According to Jamleck Kamau, even Ruto, and Raila are not guaranteed to win the Mountainside if they have no track record to show what they have done for the period they have been in government.

He said people have now become wise and will vote for leaders who have a track record.

“The issue of political parties will not work out this time around. People have become wiser and will go for leaders based on their track record,” Jamleck Kamau added.

Speaking during his campaigns in Kiharu, Kamau said in the coming elections, Mt. Kenya people will this time round only elect leaders who guarantee them service delivery.

Kamau said the consolidation going on of political parties’ bills will only put those championing for it into shame.

“There are efforts being put to consolidate parties into a coalition so that people can vote alongside them but this might not work,” Jamleck Kamau said.

The remarks by Kamau come at a time Raila has been assured of support from the Mount Kenya region with influential entities like the Mount Kenya Foundation and President Uhuru Kenyatta.

William Ruto has also been making rounds in the region trying to woo residents to vote for him in the coming elections.

Mt Kenya is considered a crucial swing-vote area for anyone who wants to take the presidential seat due to the region’s high pop[ulation and traditionally huge voter turn-out.