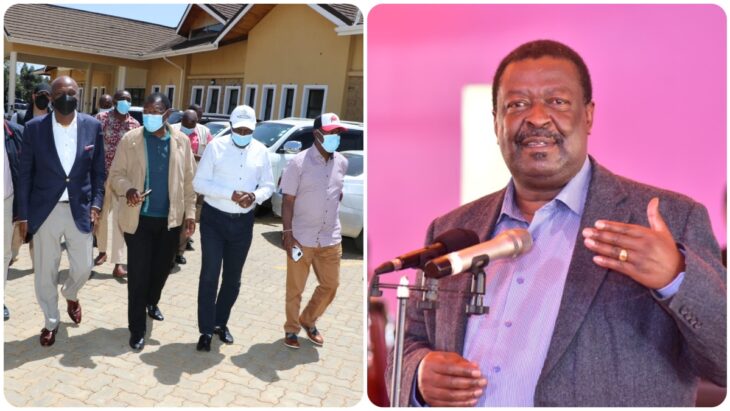 Mudavadi who is eying to fly the coalition’s flag in the August, 9 General Election however skipped the meeting.

The former Sabatia MP was physically not present; Kivumbi.co.ke could not immediately establish whether or not the ANC leader sent anyone to represent him in the crucial meeting.

Sources told Kivumbi.co.ke that an aide to Musalia Mudavadi’s trusted ally is said to have been sent to represent him.

It is suspected that the 2013 presidential candidate might have been disappointed in the report that had suggested Kalonzo be the OKA flag bearer.

The OKA principals were meeting to deliberate on the report by the technical team that had endorsed the Wiper leader Kalonzo Musyoka to face off with ODM leader Raila Odinga and Deputy President William Ruto.

The options in the report placed Kalonzo at the top ticket with ANC’s Musalia Mudavadi as the running mate.

In the second pairing, the technical committee proposed a Kalonzo-Martha Karua ticket, and a Kalonzo-Moses Wetangula option as the third choice.

The committee reported that factors considered in the pairings included; the candidate’s ability to gurner and deliver votes, capacity to mobilize financial resources, regional representation, and negotiation skills if they decide to join other teams ahead of the General Election.