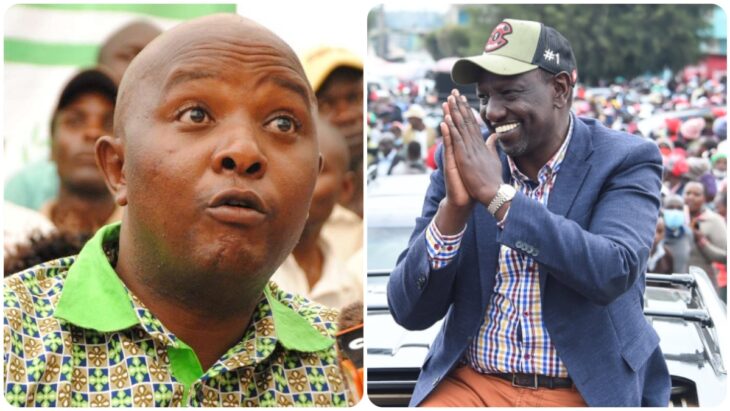 Nominated MP Godfrey Osotsi has blasted Deputy President William for taking credit for Jubilee projects when it favors him.

Nominated MP Godfrey Osotsi has blasted Deputy President William Ruto for taking credit for Jubilee projects when it favors him.

“Whenever he goes to Mt Kenya region where roads have been constructed, he says the roads have been done by him and President Uhuru, But when goes to areas with stoled projects he blames the government for not working,” Osotsi said.

Osotsi challenged the DP to stand firm and own up to the performance of the Jubilee government and to stop using government projects for political gains selectively.

The nominated MP joins a long list of handshake-leaning leaders who have called out on Ruto to blame for any government failure as he is part of it.

Even at some time, the President has called on his deputy to stop taking credit for government success.

Speaking on Friday, February 14, 2021, Uhuru told off Ruto accusing him of doublespeak for selfish gains.

President Uhuru Kenyatta launched a scathing attack on his Deputy William Ruto saying if he has problems with the government he can resign.

Ruto at one point said that BBI made the Jubilee government lose focus of the Big Four Agenda.