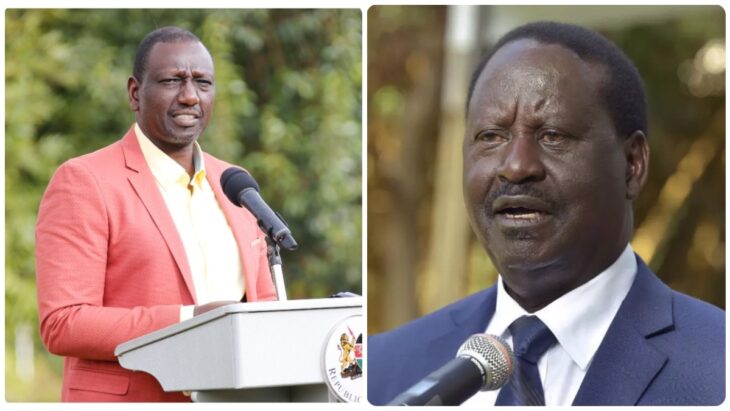 Kenya’s Deputy President William Ruto has taken yet another swipe at ODM leader saying it could be better to be governed by a kiosk attendant than Raila Odinga.

While terming the opposition chief as a state project, William Ruto said it would be a mockery for the Jubilee party to drum up support for President Uhuru Kenyatta’s handshake partner to succeed him.

Speaking during a tour of Nairobi County on Friday, January 14, the deputy president said the former Prime Minister cannot be their purported option for a leader when the original founders of the ruling outfit are present.

The former Eldoret North MP instead suggested that they would rather nominate a local kiosk attendant to govern them instead of the ODM leader who recently announced that he would be vying for the top seat for a record fifth time.

The deputy president said Raila is least qualified to take the helms of power after President Uhuru Kenyatta’s tenure claiming that the former Lang’ata MP has no track record of development.

Ruto indirectly hit out at his boss President Uhuru Kenyatta for imposing an unqualified leader on them.