Ababu Namwamba says he won’t vie for any seat in 2022, explains why he loves Ruto 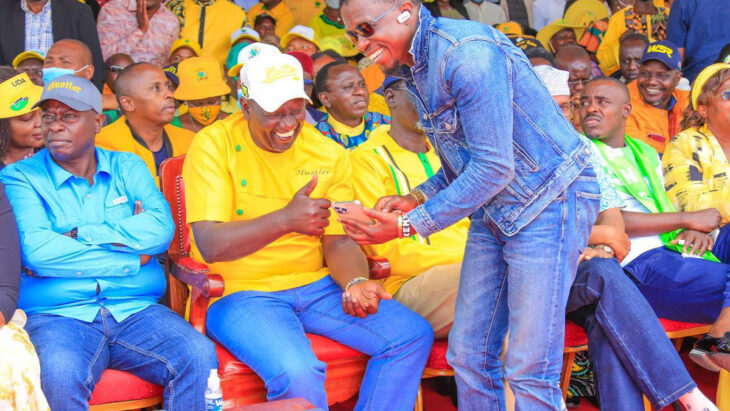 Chief Administrative Secretary in the Ministry (CAS) Ababu Namwamba has dismissed reports that he would be vying for Busia gubernatorial seat in the forthcoming General Election. Photo: Namwamba/Twitter

Chief Administrative Secretary in the Ministry of Foreign Affairs, Ababu Namwamba has dismissed reports that he would be vying for Busia gubernatorial seat in the forthcoming General Election.

In an interview with The Star Newspaper on Friday, January 14, Namwamba said he would not be vying for any elective position in the August 9 General Election.

He instead said he would channel his efforts in campaigning to ensure Deputy President William Ruto wins the presidency.

“I am not running for any political office. I am going to be working very closely with Ruto to deliver his presidency. I believe he offers this country a fresh beginning,

“I believe this country is at the cusp of a fresh beginning that requires a paradigm shift in how it manages the affairs of Kenya,” Namwamba told The Star.

He added that he is in agreement with the ‘Hustlers’ ideology that advocates for an equitable society where everyone can become something and feel they believe.

The CAS was quick to dispute the notion that he is supporting the DP while targeting to be considered for the Cabinet Secretary position in the next government if Ruto wins the presidency.

“It is not a good idea to put the cart in front of the horse; we have an election to win and we are determined to win it by doing everything constitutionally permitted to have Ruto elected the fifth president of Kenya,” stated Namwamba.

He added that it is his constitutional right to choose whom to work with and where without having to consult anyone.

Namwamba revealed that his support for the DP began the time he fell out with ODM leader Raila Odinga and was stripped of the position of party’s Secretary-General.

After hosting Ruto in his Budalang’i constituency over the festive season and making public pronouncements of his support for Ruto and the UDA party, it was highly expected that Namwamba would be the party’s flag bearer for the Busia gubernatorial seat.