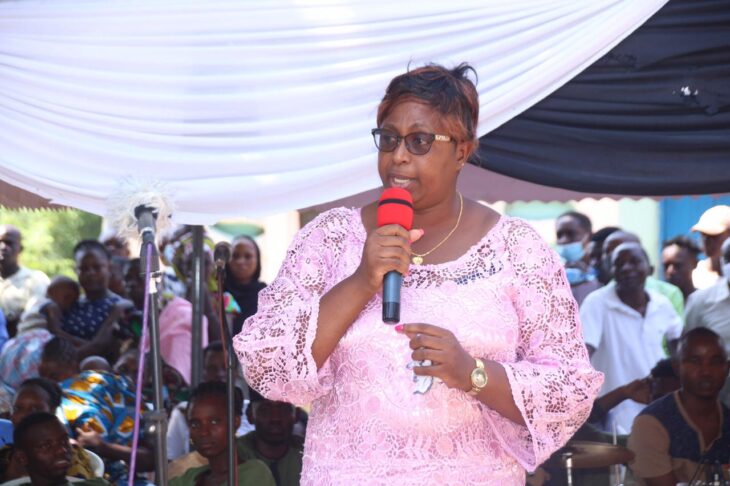 Vocal Malindi MP and Kilifi gubernatorial hopeful Aisha Jumwa has come out to dispute the rumors that she dumped her husband.

In an exclusive interview with Fridah Mwaka of NTV, Jumwa, a mother of three children laid bare the details surrounding her divorce from her ex-husband.

The Kilifi county gubernatorial aspirant revealed that it is her husband who initiated their divorce by asking her to choose between politics and marriage.

“I was asked to choose my political career or continue being a wife and I decided not to kill my career,” Jumwa told NTV.

She said the problem in her marriage came immediately after she became the MCA of Takaungu ward.

The UDA party diehard said that her ex-husband told her he could not be married to a politician.

Since then, the mother of three decided to take a break from marriage and emphasized that she is no longer answerable to any man.

As they say, one can not be lonely forever, Jumwa noted she is in love with another man even though she is not thinking of getting married at all.

“When you look at me, do you I look like someone who doesn’t have a man in my life?” Jumwa posed.

“Having a man and being married are two different things. I took a break from marriage and am not even thinking about getting married,” she said.

Jumwa, a vocal critic of ODM leader Raila Odinga at the coast, will be contesting the Kilifi gubernatorial seat in the forthcoming General Election.

Having defected from ODM, she will be seeking the UDA ticket in an attempt to succeed governor Amason Kingi who is finishing his two terms.