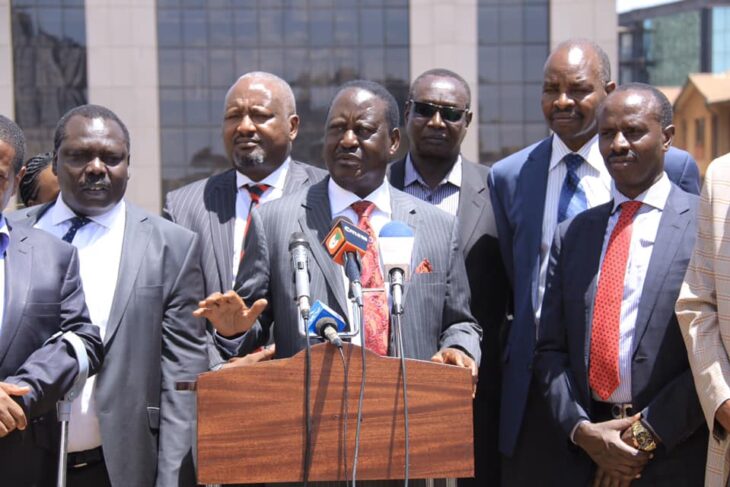 Former secretary general of Kenya National Union of Teachers (KNUT) MP Wilson Sossion has dismissed claims that accused Raila Odinga of betraying him during his reign as KNUT boss.

Writing on his Twitter handle, the ODM nominated MP, noted that at no time has he ever mentioned Raila in his campaigns a.

“Let it be known that I have never mentioned @Raila Odinga anywhere in my campaigns and I do not intend to. My mission is simple, to represent the interests of Bomet County and its people that I cherish.” Sossion said on Twitter.

He challenged media houses to be objective in their reporting and always try and report facts that spread fake news.

It was reported by Standard Digital that Sossion had hit out on Raila for failing to protect him from the Teachers Service Commission (TSC) despite Raila having influence in the government.

Standard digital reported that while speaking in Belgut Kericho County on Thursday, January 13, during the burial of Kebeneti Secondary school principal Joel Mutai, Sossion claimed that he would still be the KNUT secretary-general had Raila helped him.

“Raila Odinga betrayed me by allowing the government that he had joined to interfere with the teacher’s union,” Standard reported.

But on the contrary, Sossion took to Twitter and blamed President Uhuru, for causing division between the Teachers Service Commision and KNUT as a way of intimidating teachers.

The nominated MP has announced his candidature for the Bomet senatorial seat on the Deputy President William Ruto’s United Democratic Alliance party.

He will square it out with the current senator Christopher Langat for the UDA ticket which is proving popular in the Rift Valley.

During the Deputy President’s recent visit to the county, Sossion encountered a hostile crowd as youths disrupted his press briefing accusing him of being an imposter.